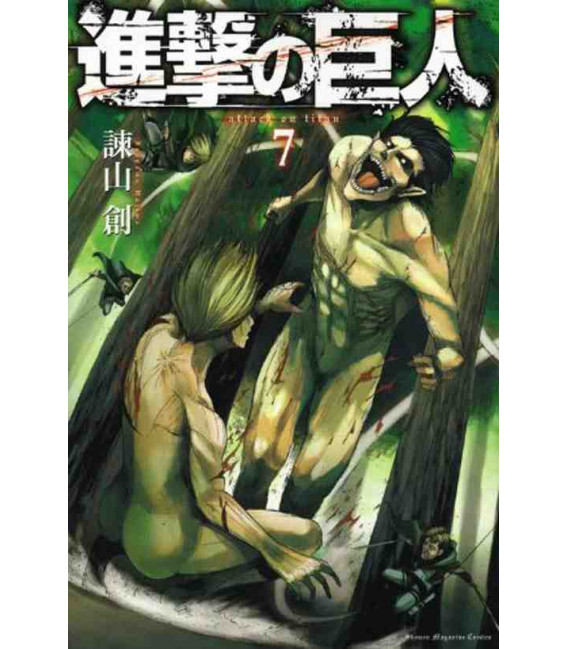 Seventh volume in original version in Japanese (includes furiganas) from the Shingeki no Kyojin manga.